Hallaton is proud to have installed a temporary cofferdam lining at the iconic Baltimore location of Druid Hill Park in June 2018.

Druid Hill has a fresh water reservoir that supplies Baltimore City and the surrounding counties with drinking water. The city is in the midst of a 5-year, $160 million dollar project to modify the Druid Hill Reservoir.


Currently, Druid Hill Reservoir is an exposed water storage system. As a result of new governmental drinking water regulations to keep the drinking water protected from potential contaminants, the city plans to install two large underground tanks. This will also allow the city to treat the water more efficiently. 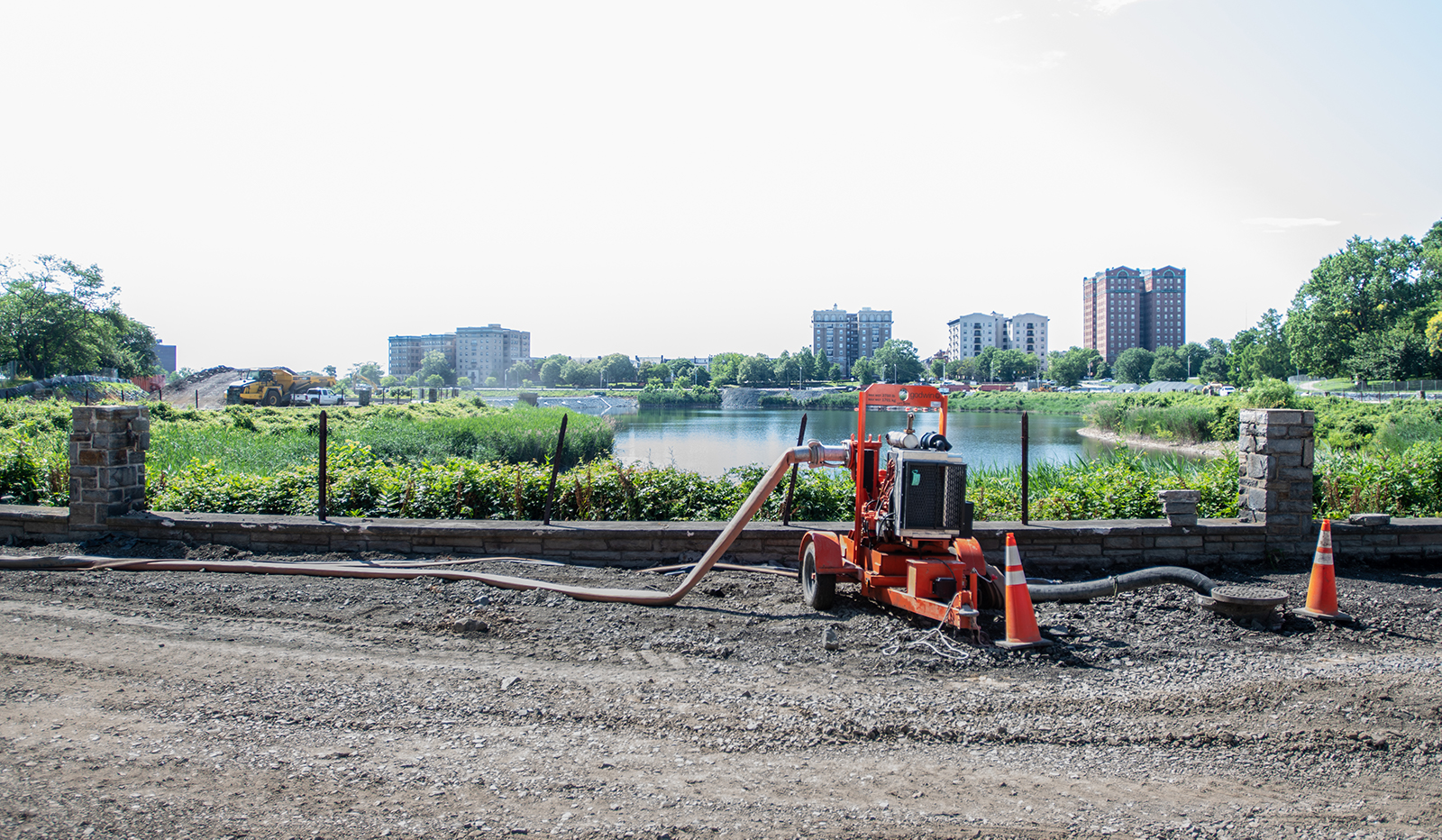 “Once the project is complete, the drinking water at Druid Hill Reservoir won’t be exposed anymore,” said Scott Brinkerhoff, Project Manager and Vice President at Hallaton. “They will have a contained system for a more well-protected water supply.”

The city needs to maintain the water on one side of the lake, while draining the other side to install the tanks. A cofferdam was built to separate the lake into two parts. One part will contain the underground tanks and a park will be built on top of the newly installed underground tanks. The second part of the lake will remain an ornamental lake.

Hallaton installed a temporary lining on one face of the stone cofferdam, which is approximately 1,200 feet long. This water barrier enabled the city to drain the opposite side of the lake and continue construction with the underground tanks.

We strategically used a XR-3 Geomembrane liner from Seaman Corporation. It met the requirements for potable grade material, so it’s compatible with drinking water. Also, it’s very puncture-resistant to survive the installation process on the rocky shore. Another key factor was that its density is higher than water, so it was possible to sink it.

This project was unique in that the XR-3 liner was to be floated out onto the water surface, and then we had to sink it to down to the subgrade and the face of the cofferdam.

“This project is something new and different,” said Todd Harman, President of Hallaton. “It pushes the limits of what we can do. We’ve done a lot of floating covers and reservoirs. But here we’re floating out a large panel and then sinking it in place. That’s new for us.” 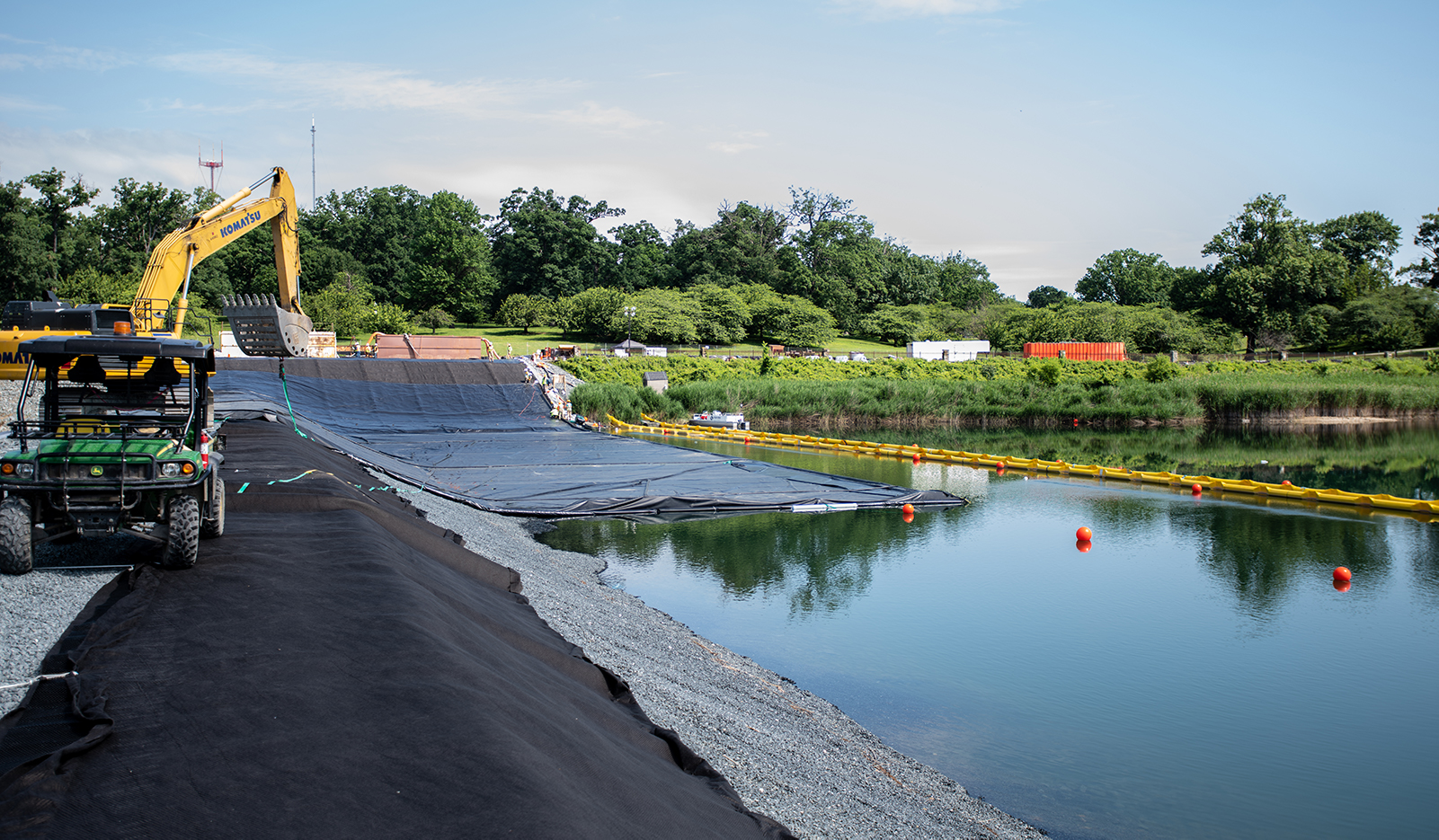 One of the project challenges was keeping the liner afloat until it was ready to be sunk. In case of heavy rains, we had pumps ready to pump the water off the top of the floating liner. If too much water were sitting on top of it, it would start to sink prematurely.

We successfully kept the liners afloat until it was time. “Once we got the leading edge of the panel pulled across the water and watched it sink—that was the moment of success!” said Todd.

“We’re working close to home, and we’re doing the best we can right where we live,” said Todd. “This project is something we can show people and say, ‘Hey, you know where Druid Hill is. Well, we did that dam across there. We lined that.’” 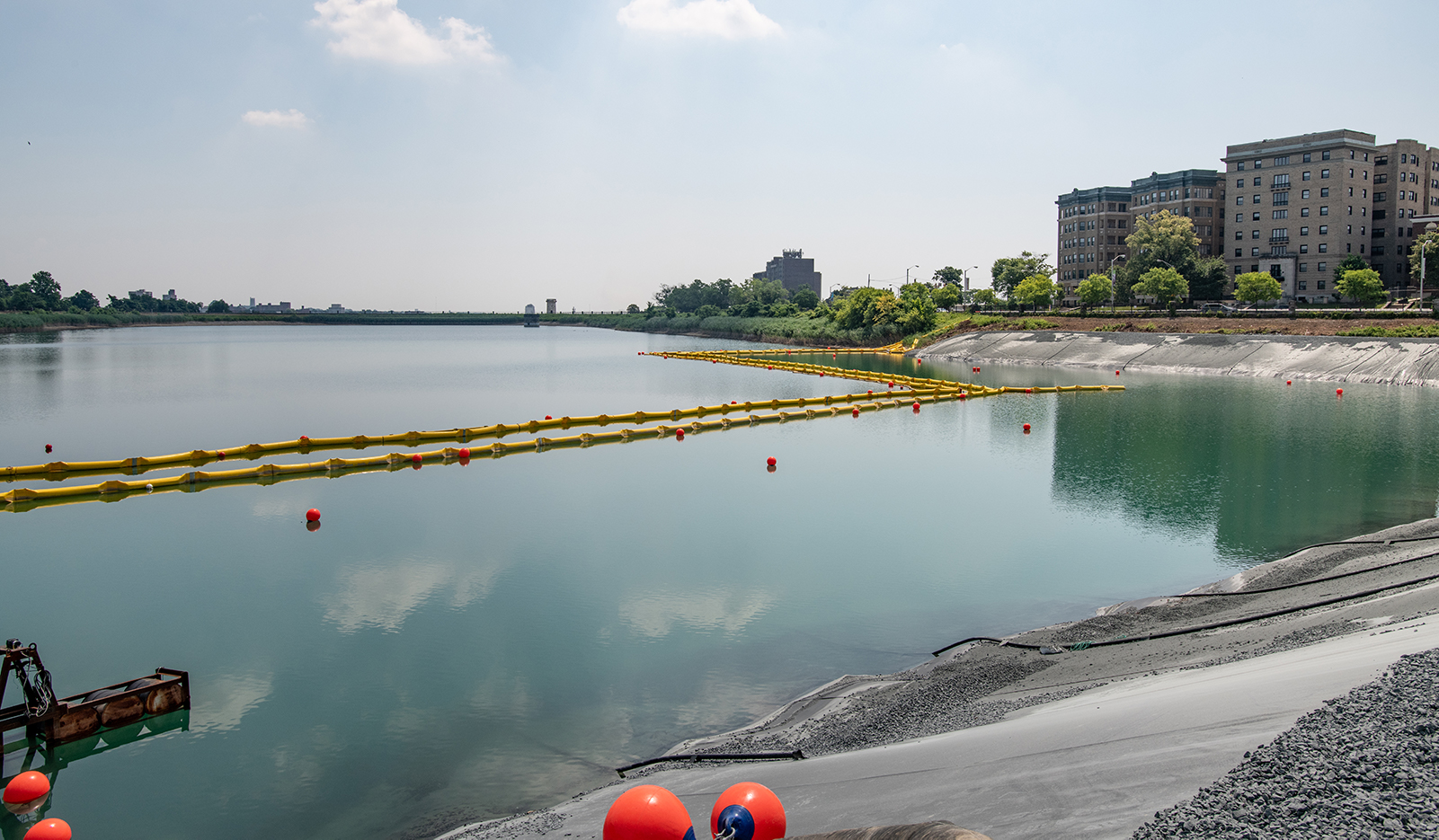